Speaking today at the annual general assembly of The Brewers of Europe, Commissioner Andriukaitis said “I welcome the commitment of the Brewers of Europe to provide the full list of ingredients and the calorie content on all pre-packed beers. This will help the people in the EU to make better informed and, I hope, healthier choices. Transparency has been one of the trendiest words in the food and drink industry in recent years – a clear illustration that it is important to consumers. Therefore, I call upon the whole beer industry to implement the commitment to meet consumer expectations.”

The Brewers of Europe’s latest statistics publication on the state of the beer sector reported that no-alcohol and lower-alcohol beer now represents 6% of the EU beer market. EU Health Commissioner Vytenis Andriukaitis commented: 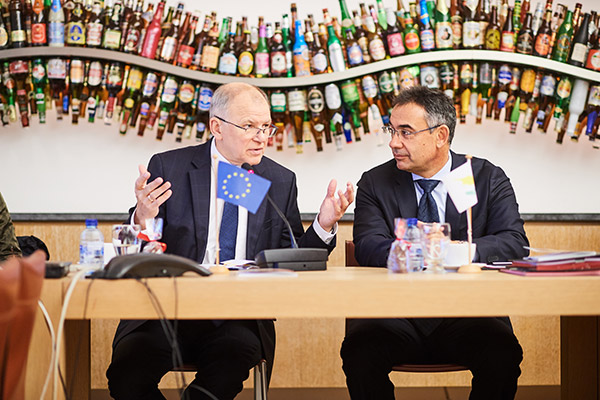 “It is interesting to observe the increased production & consumption of non-alcoholic 0.0% beer. It shows that healthier choices have become more popular among consumers and that the industry is adapting well to this demand. It is one of those win-win situations: healthier choices for people and new market for producers.”

This comes as brewers have already been setting a leading example for the sector, choosing to implement transparency measures so consumers can make informed choices about their beer.

Previously in 2015, The Brewers of Europe announced a commitment to voluntarily provide understandable, recognisable, comparable and accurate consumer information, one of over 100 responsibility commitments made by Europe’s brewers under the Beer Pledge.

Pierre-Olivier Bergeron, Secretary-General of The Brewers of Europe said “The Beer Pledge is our 6-year strong commitment to support EU Member States in reducing alcohol related harm. In addition, we have stepped up our voluntary commitment on consumer information. In July we recommended to all breweries to list ingredients and calories on the labels of pre-pack containers. We now estimate that by the end of this year no less than 3 out of 4 beers will label ingredients and 1 out of 2 beers will label calorie information per 100ml, on-pack”.

The latest report for the beer sector was launched yesterday at the eighth annual Beer Serves Europe event, showing that beer consumption within the EU fell slightly year-on-year. However, the trend over the past four years has been an increase in beer consumption, (though still a way off the levels prior to the global economic crisis in 2008) whilst coinciding with a drop in overall alcohol consumption, binge drinking and adolescent drinking.

A 2018 Reputation Institute survey of over 10,000 Europeans of legal drinking age in 12 counties found that nearly half are making moderate alcohol consumption part of their lifestyle or culture and now recognise the innovative low- and no-alcohol options offered by brewers. In 2017, the EU produced nearly 900 million litres of non-alcoholic* beer, according to the data collected by Eurostat.

This demonstrates that a shift towards beer, a typically low alcohol beverage, coupled with the increased availability of even lower alcohol and non-alcoholic beers, is compatible with and maybe even contributing to the improved consumption patterns of Europe’s ever more health-conscious citizens.