Brussels, 19 November 2019 – To mark the end of EU Commissioner for Health and Food Safety Vytenis Andriukaitis’ term in office, The Brewers of Europe Secretary General Pierre-Olivier Bergeron presented him with a specially-brewed #ProudToBeClear’beer. 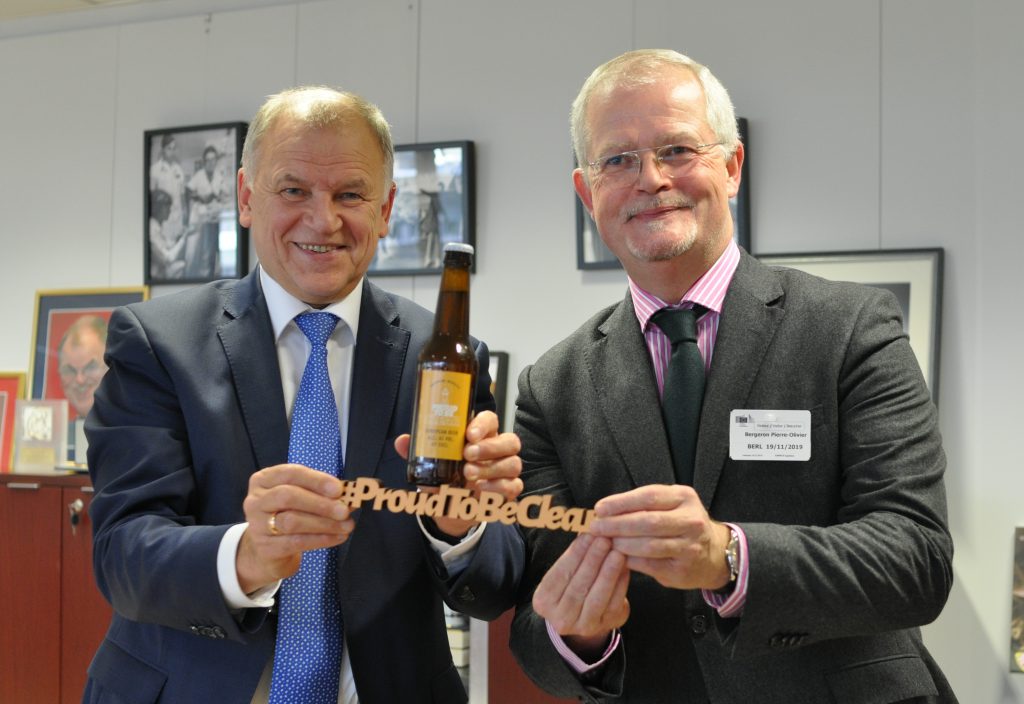 The one-off small-batch IPA is brewed from hops and malted cereals selected by the Commissioner himself in September 2019 – when attending the MoU (memorandum of understanding) signing event, where The Brewers of Europe and members formalised their pledge on consumer information.

The bespoke brew is a token of appreciation for the support Commissioner Andriukaitis has given to the European brewers over the last five years by recognising the pioneering commitment the beer sector has made to voluntarily label ingredients and energy values on all beer bottles and cans in the EU by 2022.

He described the initiative by brewers as ‘the gold standard’ for the alcoholic drinks’ industries, as more than 2 in 3 beers already label calories and 4 in 5 label their ingredients, with targets laid out towards full implementation by 2022.

Speaking after the signing in September, Commissioner Andriukaitis said, ‘I very much welcome these ambitious commitments of the beer industry as they address consumers’ expectations’.

‘I sincerely hope that many companies…of other alcoholic beverage sectors will take part in this initiative’, he added.

The Brewers of Europe extends its gratitude to the Commissioner and his staff for their work and collaboration over the term of this European Commission, and looks forward to welcoming the incoming Commission as it kickstarts its work and lays out its priorities for the coming years. 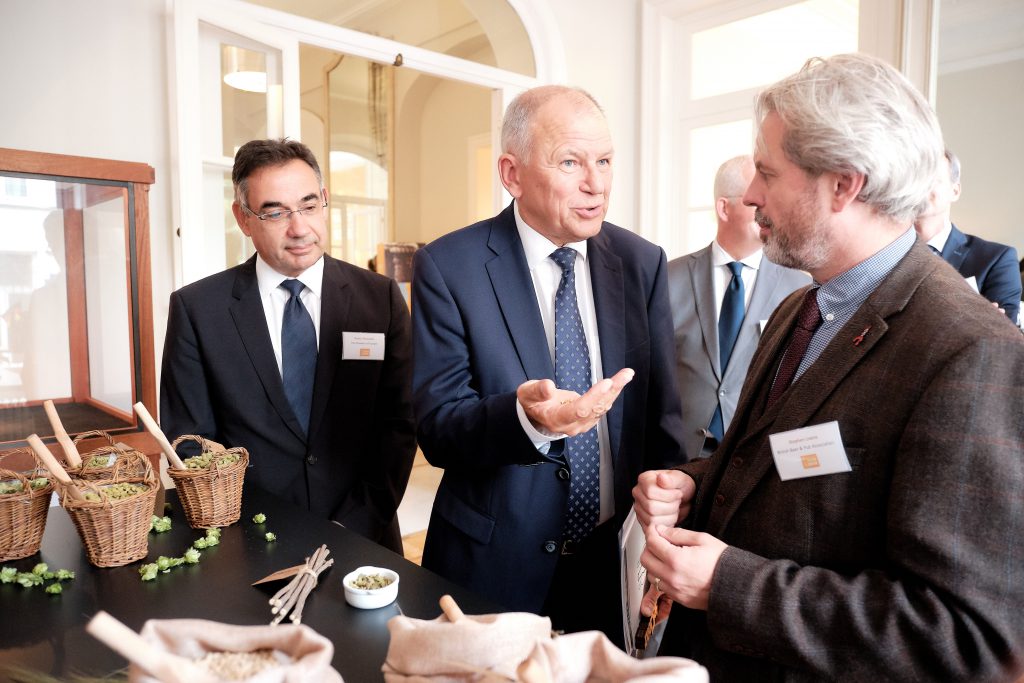 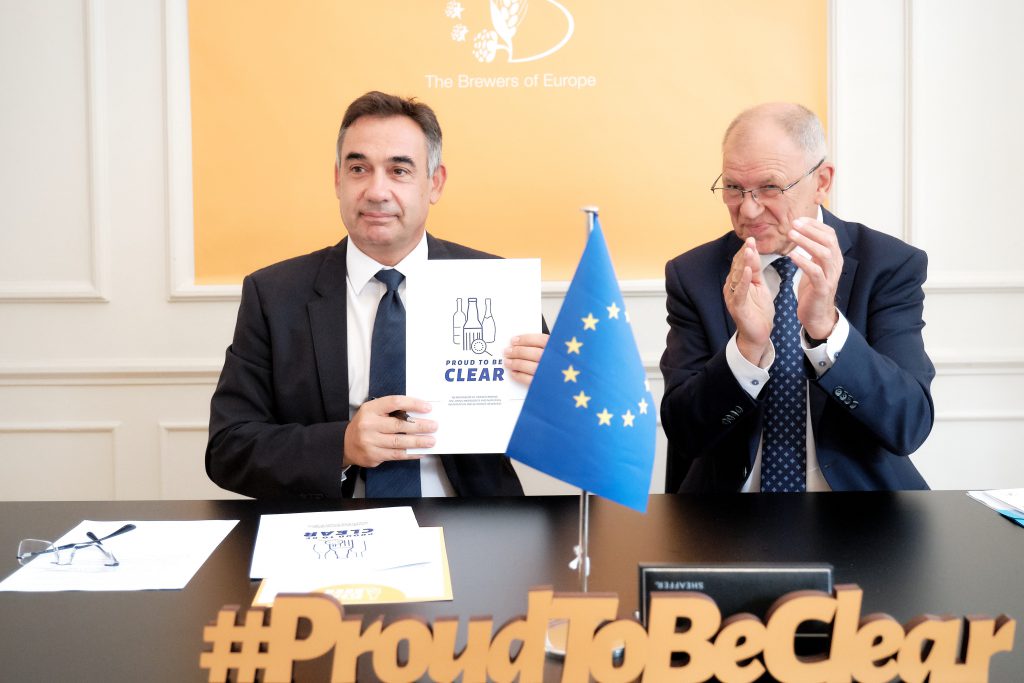 5 September 2019: The Brewers of Europe President Pavlos Photiades signing the Proud To Be Clear MoU, applauded by The European Commissioner for Health and Food Safety Commissioner Vytenis Andriukaitis